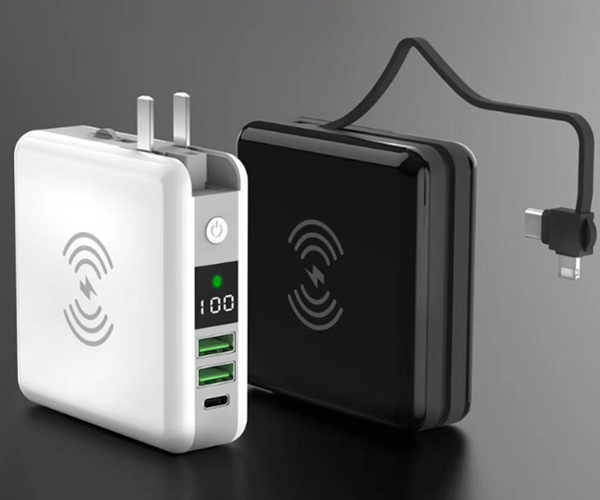 Highfive Electronics offers a broad range of “power-supply enabled/specific” solutions and supporting power devices. While Traditional power supply designs use analog ICs with fixed functionality to provide regulated power, the Intelligent Power Supply integrates Digital Signal Controller (DSC) for a fully programmable and flexible solution. Using digital control to implement power conversion functions, developers can realize many benefits for their design and business. These are enabled by the ability to perform the power conversion control via reprogrammable software and the performance and features of our PIC MCU and dsPIC DSC solutions. Below are some examples of Intelligent Power Supply functions:

The development of the mobile Internet needs the support of mobile power sources. In this field, there are mainly thin-film battery technology, piezoelectric material technology, and wireless charging technology.

In the era of mobile Internet, a very important part of the use of the client is its use time. No matter how excellent the performance is, mobile phones, tablets, or other smart products that cannot be turned on when disconnected from a wired power supply cannot be effectively used.

In the need to improve the battery life, a method that can reduce the power consumption at the same time, such as the iPad, saves all the power consumption methods that can be saved and save all the space that can be saved, but this is for the rapid development of IT products In terms of it is really uncomfortable. Another way is to improve the efficiency of the battery to provide products with more continuous battery life. The development of mobile Internet needs the support of mobile power. In this field, there are mainly thin-film battery technology, piezoelectric material technology, and wireless charging technology.

The production cost of thin-film solar cells is relatively low, and its market share has continued to grow in recent years. At present, the highest photoelectric conversion rate is the copper indium gallium selenium solar cell, which can reach 20%, but it is still far from the theoretical value of more than 30%. The main problem is that the distribution and proportion of indium and gallium in the material cannot reach the ideal value.

Please contact us now for your any query, or you can shop some of the creative and innovative personal electronics on HIFIVEE.