What is the use of LTE Cat1? Build cat1 based on 4G LTE to make up for the vacancy of NB-IoT and 5G. 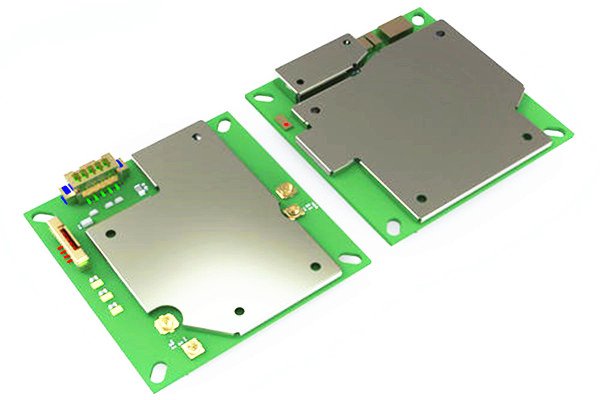 Among them, Category 1 is the user terminal level of the lowest version of the parameter configuration, allowing the industry to design “low version” 4G terminals at low cost, generally referred to as LTE Cat1.

Therefore, the development of the LTE Cat1 network and related industries is of great significance to complement the main scenarios of the Internet of Things.

However, the current NB-IoT industry ecosystem is ready, and if LTE Cat1 can currently exert its strength, it is indeed a better opportunity to promote the intergenerational migration of cellular IoT.

GSMA future network experts have repeatedly reminded the industry at industry summits: Although 5G has attracted much attention, 4G will still occupy the largest share until 2025.

However, the 4G Internet of Things connection also has obvious structural features, and LTE Cat1 is a branch worthy of attention.

Unlike previous mobile communication technologies, 4G LTE does not provide all users with the same homogeneous services. LTE network operators will use various methods to hierarchically classify users and provide services with different network capabilities.

For example, according to the quality of service (QoS) agreement signed with users, operators will provide users with customized services, including guarantees such as bandwidth and access priority. The more familiar hierarchical and hierarchical services in the industry provide different service capabilities based on the level of terminal access capabilities, namely UE Category (User Terminal Level).

According to 3GPP related standards and specifications, the UE category is a collection of a series of variable wireless performance parameters in uplink/downlink, including many wireless characteristics, the most important of which is the rate supported by the user equipment

From this perspective, UE Category is also the basis for the design of various terminals of different levels in the industrial chain. Among them, Category 1 is the user terminal level of the lowest version of the parameter configuration, allowing the industry to design “low version” 4G terminals at low cost, generally referred to as LTE Cat1.

LTE Cat1 supports VoLTE and low-rate data at a low cost, providing mobile phone manufacturers with a new choice. However, the significance of Cat 1 in the field of the Internet of Things may be more important. Practitioners in the Internet of Things industry should be familiar with a picture similar to the following:

Looking back at our current cellular IoT industry ecology, it can be clearly seen that narrowband services and high-speed services have mature networks and industrial ecology, while the medium and low-speed IoT networks and related industry ecology, which account for 30%, are still relatively blank. Therefore, the development of the LTE Cat1 network and related industries are of great significance to complement the main scenarios of the Internet of Things.

Four perspectives to see the timing of the launch of Cat 1
In 2016, China Telecom released the commercial plan of Cat 1 and launched the Cat1 module subsidy program, but in the past few years, Cat 1 has not ushered in the expected large-scale connection. Of course, it may not be the best time then, and the entire industry has undergone many changes in the past few years. Is it a better time to promote Cat 1 again? We can examine it from four perspectives.

2019 is the first year of 5G, but for some time to come, the industry will still present a situation where the four generations of 2G/3G/4G/5G mobile communication networks coexist. This situation has caused great difficulties for infrastructure planning such as site sites and spectrum.

The development of the cellular Internet of Things is to a large extent also affected by the intergenerational upgrade of mobile communication networks, opening the way for intergenerational migration of connection methods. According to data from Counterpoint, a market research organization, in the next few years, the number of cellular Internet of Things connections will experience a major migration from 2G+4G to NB-IoT+4G.

It is easier for mainstream module manufacturers to further adopt the new Cat 1 platform of Ziguang Zhanrui to launch corresponding products. A scale effect is formed in a short time, and the module cost is promoted to a level that users can bear. Of course, what is certain is that with the entry of Ziguang Zhanrui and the expansion of Cat 1 scale, other manufacturers with 4G baseband design capabilities will also enter, further driving the cost reduction to the expected range.

As early as 2017, China Telecom announced that Cat 1 could be commercialized. Based on the existing 4G network, for each operator, Cat 1 does not require additional investment in the network, and it can be said that the infrastructure side is ready.

In the past few years, Chinese operators have built the world’s largest 4G network, and the network coverage is far ahead of overseas operators in terms of breadth and depth. According to the latest data from the Ministry of Industry and Information Technology, the total number of 4G base stations nationwide has reached 5.19 million by the end of September this year, accounting for 64.2% of all base stations.

However, in addition to the Cat 1 infrastructure is ready, the special domestic background makes Cat 1 face new opportunities. The author believes that this opportunity stems from the failure of MTC’s domestic progress to meet expectations.

Due to its 1Mbps rate, mobility support, VoLTE, and other characteristics, eMTC can undertake low-to-medium-rate 2G/3G Internet of Things connections, which can replace Cat1 to a certain extent. However, the development of domestic eMTC is facing difficulties from many aspects.

The author believes that the main ones include: investment, operators put more resources into 5G construction, and it is difficult to obtain capital budget for eMTC construction; industrial ecology, due to lack of infrastructure support In this regard, domestic participating manufacturers are very limited; in terms of application cases, they are mainly concentrated overseas, but these cases may not be able to be used for reference in China.

Due to various difficulties, the domestic industry has not high expectations for eMTC. There are not many alternatives for the connection scheme of the medium and low-rate cellular Internet of Things. In the end, Cat 1 may be the main choice, which is an opportunity for Cat 1 to develop rapidly.

(4) Motivation and determination of operators

The formation of industry trends, cost reduction, and network infrastructure is ready. These three conditions are not enough to drive the rapid development of Cat 1. We also need to look at the attitude of the dominant players in this game. The attitude of operators in this field is very important.

When operators have great motivation and determination, this industry will develop rapidly under other conditions.

In my opinion, different operators have different motivations and determinations. Let’s take China Mobile as an example for analysis.

Such a large scale and rapid growth actually put a heavy “baggage” on its back to a certain extent, making it increasingly difficult for IoT users to migrate between generations. From this perspective, because China Telecom and China Unicom have fewer 2G Internet of Things users and do not have much historical “baggage”, the resistance to 2G withdrawal from the network is very small.

When users have doubts about the risk of 2G withdrawal from the network, what new choices can be given to users? This is a question that China Mobile must carefully consider. In this context, Cat 1 network matures and products are launched, giving users a suitable choice. From this perspective, perhaps it has great motivation and determination to promote Cat 1.

On the other hand, what we see is the change in the revenue of operators in the Internet of Things, prompting them to have greater motivation for the migration of Internet of Things to Cat 1. Take China Mobile as an example. According to the interim financial report data, the “scissors gap” of China Mobile’s IoT business tends to close, that is, the gap between the growth rate of IoT connection and the growth rate of IoT revenue is narrowing.

In order to ensure continued growth in the number of connections and revenue, it is necessary to increase the sales of more high-value products. Compared with the previous 2G and NB-IoT, Cat 1 as a 4G connection can increase the ARPU value and accelerate the closing of the “scissors gap”.

In the context of the State-owned Assets Supervision and Administration Commission’s assessment of the high-quality development of central enterprises, improving the sales of high-value products has become an important means. From this perspective, operators have great motivation and determination to promote the migration of 2G/3G medium-rate services to Cat 1.

From the analysis of the above four angles, it can be seen that the launch of Cat 1 is a good time.

However, the intergenerational migration of cellular Internet of Things connection also requires a process, and the design and launch of related products require detailed planning. Because it is facing low-to-medium-rate scenarios, especially some medium-rare applications, the environment faced by users is relatively complex, and more comprehensive consideration is required in product design.

For example, elevator media has certain requirements for data bandwidth but does not require high real-time data. Cat 1 can be used instead of Cat 4 to reduce media operator costs. However, elevator media screens sometimes increase the demand for audience interaction, such as In screen promotion advertisements such as Focus and Trends, viewers are often guided to turn on the Bluetooth of their mobile phones to send coupons.

For another example, all existing sharing formats such as shared bicycles all use cellular and Bluetooth connections as standard equipment. In these scenarios, if the IoT module can integrate Cat 1 and Bluetooth, it will accelerate customer product development.

According to public information, Ziguang Zhanrui Ivy 8910DM supports LTE Cat.1 BIS, GSM dual-mode, and integrates Bluetooth, Wi-Fi indoor positioning, and VoLTE. In the initial stage of commercial use, Cat 1 has fewer corresponding scenarios and cases, and some clear scenarios have diverse needs. Similar integrated product design, in the initial commercial stage of Cat 1, has good support for complex environment conditions in many medium-rate scenarios.

Of course, with the further development of the industry, when there are a large number of landing forms in Cat 1 related formats, and specific scenarios have large-scale requirements, at this time various customized single-mode products may enter the launch plans of various manufacturers.

Please contact us for more details if you need them, or visit our HIFIVEE for our creative and innovative products.

About the Author: Admin

Spanish
This website uses cookies to improve your experience. We'll assume you're right with this, but you can opt-out if you wish. Accept
Go to Top